SKOPJE: Ten people died in a fire Wednesday at a hospital treating coronavirus patients in North Macedonia, the country’s health minister said.
The fire — the cause of which is not yet known — broke out in a Covid-19 clinic in Tetovo in the northwest of the Balkan country, health minister Venko Filipce wrote on Twitter.
“A terrible accident has happened in Tetovo. At the moment, 10 people are confirmed to have died, but that number could rise,” he wrote, expressing his “profound condolences” to the victims’ families.
The fire services were alerted to the blaze at around 1900 GMT, and it took about 45 minutes to extinguish.
The clinic had only been built last year to look after Covid-19 patients.
North Macedonia has a population of around two million, and its healthcare services are rundown.
It has reported a rise in coronavirus infections recently, with the daily death toll reaching around 30. The country has recorded more than 6,100 fatalities in total since the start of the pandemic. 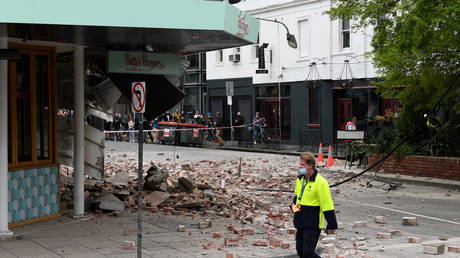