BEIJING: China is trying to seize an island in the South China in the face of strong US naval presence. Chinese navy has announced it is cordoning off the sea area west of the Leizhou Peninsula for “live-fire exercises” on Thursday and Friday.
This follows another move the Southern Theatre Command of the Chinese navy had conducted in the early hours of Wednesday- an amphibious landing exercise in the South China Sea.
It used the Wuzhishan, a Type 071 amphibious transport dock, two helicopters, at least one tank and three air-cushioned landing craft for the purpose. State broadcaster CCTV showed soldiers being sent to an unspecified island by both, helicopters and the transport dock.
China had earlier claimed that the USS Benfold of the US Navy had “trespassed into areas adjacent to the Meiji reef” in the sea area until it was “warned off” by Chinese naval and aerial forces.
“The naval and aerial forces of the PLA Southern Theatre Command conducted whole-process tracking and monitoring of the US destroyer and warned it off,” it said in a written statement.
The US Navy’s 7th Fleet has described this statement as “false”. “USS Benfold conducted this FONOP in accordance with international law and then continued on to conduct normal operations in international waters,” it said.
Beijing’s goal is to take advantage of the image loss suffered by the US in Afghanistan to weaken Washington’s connections with seven different countries bordering the sea, according to observers. These countries include Singapore, Malaysia, Indonesia, the Philippines and Vietnam.
Beijing claims almost all of the 1.3 million square-mile South China Sea as its sovereign territory. It has ignored claims made by other countries in South East Asia, which try to maintain relationship with both the US and China, which is their biggest trade partner.
Tension has been rising in the sea area since last Sunday when China announced a set of new maritime rules to be followed by foreign ships entering “Chinese waters”. They have been asked to report details of their cargo in case they are carrying radioactive materials, bulk oil, chemicals and a host of other supplies.
State run Global Times quoted a military expert, Fu Qianshao, saying that the USS Benfold of the US navy could be coordinated with the UK’s HMS Queen Elizabeth aircraft carrier, which was operating near Japan.
According to monitoring by the South China Sea Strategic Situation Probing Initiative (SCSPI), a Beijing-based think tank, a US navy aircraft carrier, USS Carl Vinson entered the South China Sea via the Bashi Channel on Monday.
The US Pacific Fleet confirmed the presence of the aircraft carrier in the area in a tweet on Tuesday. 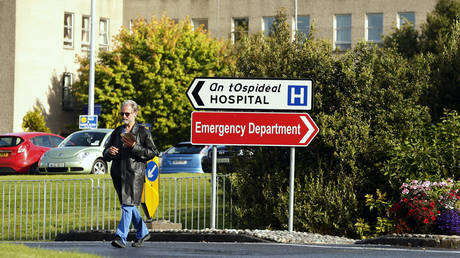