So says an all-white, bold font splashed across a seesawing elephant and dancing butterfly in a mystical-looking forest. It’s inspirational, colorful, and a bit magical — like a motivational Instagram meme brought to life.

It also happens to be a non-fungible token, a digital file tradable by blockchain, and the brainchild of the millennial entrepreneurs Mark Mastrandrea and Jeff Cole, the cofounders of IKONICK, an online canvas-art company. It was IKONICK’s inaugural NFT drop, sold as two different editions that raked in over $100,000 in sales collectively.

“This space is moving faster than anything I’ve ever seen in my life,” Mastrandrea said of crypto art.

The $250 million NFT market is new for Mastrandrea and Cole, who founded IKONICK in 2016 as a way to make art both affordable and aspirational to millennials, translating pop culture and inspirational quotes into something worth hanging on your wall.

Mastrandrea said they would be “stupid” as a digital art company to not take crypto art seriously. NFTs shot to fame in March, when Beeple’s “Everydays: the First 5000 Days,” a collage of images, sold for $69.3 million, the third-highest price paid at auction for a work by a living artist. That month, people dropped millions on crypto art. NFTs have been around for about five years, but the craze has seemingly come out of nowhere, fueled by the wealthy, who had extra time and money on their hands during the pandemic; the popularity of bitcoin; and the volatility in prices. Mastrandrea and Cole hoped to dominate this emerging space.

Until May, IKONICK only sold canvas art. Canvases range from $90 to $650, depending on the size and depth, and feature everything from an image of a cassette tape emblazoned with “Pause if you must. But don’t stop” to a meme of “Mona Lisa” with hundred-dollar bills underneath her canvas, aptly titled “Money Lisa.” Some are even the product of cobranded art collections made with Monopoly, Peanuts, and the NBA, among others.

Within 18 months of launching, the founders said, IKONICK raked in $10 million in sales in canvas art alone, meaning thousands upon thousands of pieces sold. Gary Vaynerchuk, an entrepreneur, and Scooter Braun, an investor and record executive, became strategic advisors. In 2019, an “outside investment” valued the company at $30 million.

With the launch of IKONICK NFT, Mastrandrea and Cole aim to take their company to the next level using the same DNA they said fueled IKONICK’s initial success: value and storytelling. Much like they made high-quality art accessible, the duo plans to produce rare, high-quality NFTs with owned IP, inspired by their canvas-art designs and geared toward the millennial investor.

Since they already have existing art, animating it to produce an NFT wasn’t difficult, they said. But, they added, the process was tedious, given how new the market is. They’re focused on producing both proprietary designs and licensed NFTs, the first licensed partner of which is Popeye — the sailor man, not the fried chicken.

“There’s a really great, more cerebral story that we can tell with not only IKONICK and Cole but with bringing in these really talented artists as well,” Mastrandrea said.

Through both their canvas and NFT art ventures, as well as their new agency, Mastrandrea and Cole are staying on top of all the ways a new generation of art buyers is reshaping the art market. They spoke to Insider about how they created social-media-inspired art for millennials, their plans to dominate crypto art, and the future of NFTs.

Speaking to the millennial art buyer

Mastrandrea and Cole are betting big on a new phenomenon during a time when the art market is shrinking — by 22% in 2020 to $50.1 billion in sales, the lowest level since the Great

But the young and tech-savvy buyer that is the wealthy millennial could be saving the art market. Pre-pandemic, they were already digitizing the space, more willing to buy art online than other generations and dropping more than $100,000 doing so. Instagram in particular had become a tool for both emerging artists and millennial collectors, Adweek reported.

The online trend was only exacerbated during 2020, as wealthy millennials leaned into art and culture investments during quarantine. Come March 2021, they began reshaping the art market further as they led the crypto craze. Sixty percent of bids on Christie’s NFTs overall were made by those under the age of 40.

It’s a consumer that Mastrandrea and Cole know well.

Consider the winners of their Eternal Auction: 20-something male millennial entrepreneurs who purchased 10 pieces of IKONICK canvas art in the past. “It was literally us four years ago,” Cole said.

Mastrandrea and Cole have known each other for about a decade, since working together on marketing and design, respectively, at a luxury hat company. Back in 2014, Mastrandrea met a young artist in Boston and began managing him.

The experience made Mastrandrea realize that there was a hole in the market for affordable art, he said. At the same time, Cole noticed that his Instagram feed was full of motivational quotes and memes, and the idea to put pop-driven art that spoke to millennials on social media was born.

Cole said he was able to combine a high-end feel with affordability, which helped drive a compulsion to buy, like, and share. “I thought of a way to make motivational stuff cool,” he said. “I was kind of marrying high-end art with what was going viral on the internet.”

While Cole may be the creative mind of the operation, Mastrandrea oversees the business side. In the beginning, they said, they worked early mornings, late evenings, and weekends until they sold enough pieces to quit their jobs and take on IKONICK full time. Now, IKONICK is a team of 12.

It wasn’t until January that they learned what NFTs were, when Vaynerchuk brought up the latest form of cryptocurrency during their quarterly business meeting.

“We started going down a rabbit hole, and it’s been insane,” Mastrandrea said, adding that he spends about 15 hours a week self-educating himself on NFTs by reading the latest news, watching YouTube videos, looking at the marketplace and artists, and talking to people.

“Conversations with people in this space are always going to unlock something,” he said.

“I think NFTs are going to be as big as social media and the internet,” Mastrandrea said. “There’s going to be a zillion types of applications, but in the here and the now, the first most adopted application is probably in the art scene.”

Mastrandrea said NFTs are changing the concept of ownership in the art world. An NFT and blockchain gives a hard stamp of approval that can offer true ownership to the consumer, he said. For digital art businesses such as IKONICK, he added, it also protects their IP so competitors can’t create knockoffs.

But there’s also an element of fractional ownership, in which multiple people can share ownership of art they wouldn’t be able to afford otherwise. Mastrandrea likens it to investing in stock. If an NFT costs $100,000, for example, four different people could put in $25,000 to own it.

The most interesting thing to Mastrandrea is how NFTs are deployed in the real world. He said technologies are emerging to help display them. As an example, he mentioned Mark Cuban’s Lazy.com, where you can showcase NFTs.

“It’s just a wild, wild west of how you can display art,” Cole added.

But whether the market lasts is an open-ended question. The number of NFT sales for the week ending June 4 is about half of what they were during March’s peak, the industry tracker NonFungible.com showed.

Mastrandrea thinks NFTs are here to stay: “It is, in my eyes, the safest way to validate true ownership of something. It’s going to disrupt all industries — insurance, textbooks, art, music, video. NFTs are going to be an underlying technology for everything and anything.”

The problem is that the technology for NFTs is underdeveloped, he said, with applications not fully built yet. For example, gas fees — fees you have to pay to buy or sell an NFT — are still high, around $200. Mastrandrea anticipates these costing zero in the future. He likened it to the early days of the internet, when you needed dial-up to connect.

“There’s going to be a tipping point,” he said. “That’s what’s going to unblock everything.” 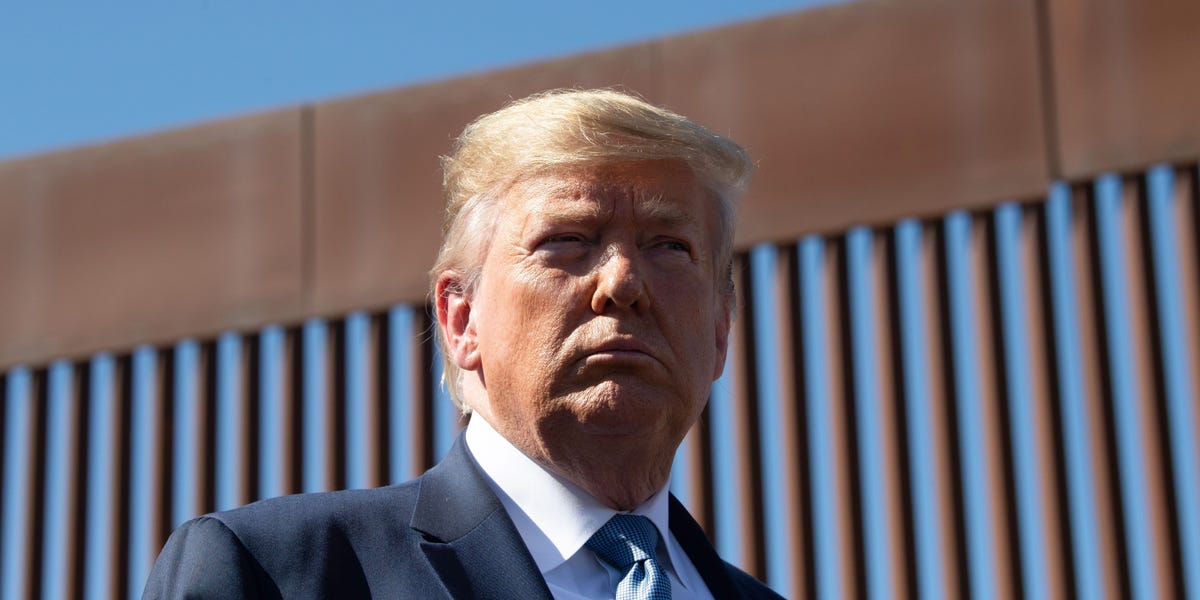 Bumble survey: Skipping the Covid-19 shot could cost you a date