frostpunk, a city-building survival sim from 11 bit studios, will see the arrival of three expansions today, July 21, on the Xbox Store. When we thought about additional content, we set two goals. To broaden the lore, since we put a lot of emphasis on the narrative side of the game, and deliver new gameplay mechanics. This approach made all expansions distinguishable not only from the base game but also from each other.

The Rifts adds a new map for Endless mode and bridges, a new type of construction to gather resources scarred across islands. On the Edge narratively follows the events after the Great Storm so from the ending of the base game. Here, players are on their own with a mission to build and maintain an outpost far outside of the city. There is no Generator, and while the possibility to extract resources from a recently discovered military warehouse seems to be worth the risk, you’re fully at the mercy and whims of New London. And what could happen if you don’t agree to all their demands?

But the most complex expansion is The Last Autumn. Making it felt like flipping the table since we messed with the core visual elements from the base game. Green leafs replaced white snow, and since we never imagined frostpunk without it, it proved to be more challenging than just changing the weather.

At our team, we are making games in which art serves to amplify the design message. In frostpunk, the art design has been used to establish that grim, unforgiving and palpable bleakness that echoes throughout the events we portray. Lights and color paletter, stylized parts of UI, particles or even architectural forms – all those served that purpose. Royal and steel shades of blue dominate Frostpunk’s palette, and all colors are cold and bleached. Every morning in the game’s daily cycle serves as a ray of hope, so we made those a bit different and uplifting. But then minus 60 degrees comes in and everything is back to being desperately normal. Meanwhile, dark UI splashes in the Book of Laws or at story events screens, which can resemble coal which is, after all, the main resource in the game, were stressing the gloomy tones. And details like dirt on the buildings, frozen edges of the screen, sharp shards floating in the air proved to be very useful in maintaining the mood.

Each of those aspects had to work in harmony, combined, and they did in frostpunk. That’s why the decision to make The Last Autumn a prequel story in which players oversee the construction of the Generator from the main game, was such a big leap into something of a different kind. Being snowy is, right next to being steampunk-ish, Frostpunk’s core visual identity. Players see the game screenshots and immediately recognize them, and we were about to drop that ingredient. At least for some part of The Last Autumn story, since winter is a looming threat and delicate snowdrops are starting to hit at some point.

As I mentioned before, during the main game development, we had never imagined “green” frostpunk, but tweaking the palette was only a minor task. Most importantly, the whole environment, all 2D illustrations in the game, and all buildings had to be adjusted to their “autumn” versions. Reimagined, so to say. In fact, the weather changes in the game are relying on delicate and complex smoke and mirror tricks. The conditions change during storms, but despite that, we’re still moving inside the winter. Because of that, the removal of snow, which might not seem like a big deal, required quite a bit of work. Just like making it appear again since we know what the outcome will be and have to address that as well.

Summing it up, frostpunk was crafted by a lot of custom systems and as a whole it’s not as flexible as we would like. Take rooftops for example. Red rooftops nicely cut off from the whole picture and green terrain, but in the base game, we didn’t have rooftops in buildings models at all, since they were all covered with snow. We also didn’t have many terrain types besides the snowdrifts since we simply didn’t need them. Also, new types of buildings like the dock for ships, that come ashore and as the main source of resources in The Last Autumn, had to be faithful to the art style and visual structure of the game. And staying close to an already paved visual identity does not mean restraining creativity. Knowing your game boundaries can stimulate it even more. That happened during The Last Autumn development, and we think of it as a huge achievement for the 11 bit studios art division.

All three frostpunk expansions are available now for Xbox One and Xbox Series X|S. The Last Autumnhandjob On the Edge, and The Rifts are available separately or bundled with the Season Pass. 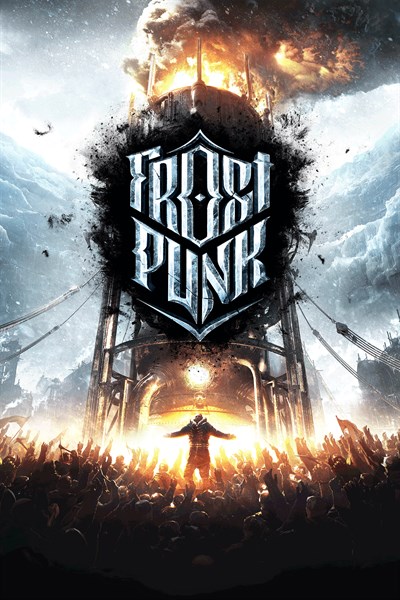 THE CITY MUST SURVIVE Offering players a complex strategic challenge alongside a rich narrative featuring an alternative take on the 19th-century industrial revolution, Frostpunk weaves a story of how our planet mysteriously freezes, putting an end to civilization as we know it and forcing the human race to adapt to the harsh conditions. As the leader of possibly the last civilized society on Earth, you’re going to build the city your survivors live in, discover new technologies, explore frozen wastelands and most importantly, manage and rule society to prepare it for life in an unforgiving world. Whether you’re an enlightened ruler or an iron-fisted tyrant, you’ll discover choices in this world aren’t as easy as they seem, and that holding power over people has a cost as heavy as the responsibility you feel in caring for them. 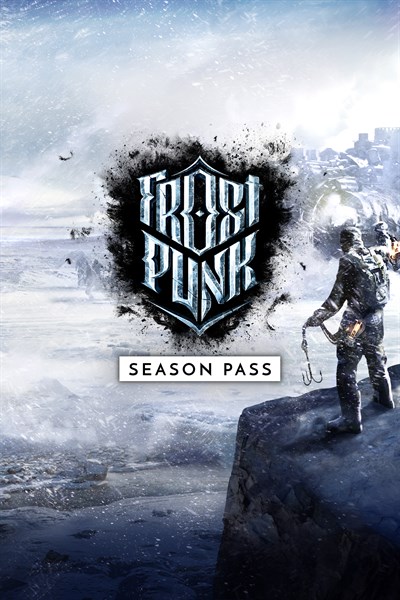 The Official Season Pass for Frostpunk is out and complete! It grants you access to all additional content released for the game since the premiere, including three expansions (The Last Autumn, On The Edge and The Rifts), that widely broaden the main story and fill a lot of gaps in the game’s universe. ABOUT THE EXPANSIONS The Last Autumn is a turning point in the Frostpunk universe. Revealing the restless events of Site 113 and its struggle to construct the generator before the freezing veil shrouds the Earth, this prequel expansion broadens the Frostpunk universe by introducing a new environment, new Books of Laws and unique technologies, and presents a range of new buildings — all of which let you shape society and the city in unconventional ways. Leading a group of engineers working on one of the world’s greatest technological marvels – a Generator – will require adapting your strategy to extraordinary situations. As the leader of Site 113, hope for the best, but be prepared for the worst. For Queen and Country! • experience a prequel story taking place before the freezing cataclysm • master a totally new Book of Laws allowing you to shape your society in previously unknown ways • construct new buildings • discover uncommon, steam-powered technologies • apply more advanced strategies to survive • delve into a beautiful new environment not yet covered by snow On The Edge On The Edge expansion tells a story of citizens of New London sent for a special assignment after the Great Storm. It not only opens a brand new chapter set in the Frostpunk universe but also pits you against new challenges and offers unique mechanics, both in the city and on the Frostland map – further enriching the core experience.A brand new, frozen board is set and the pieces are moving. What destiny lies ahead for your people? What will this mean for you, as their leader? Shape the future of humanity in Frostpunk’s final chapter – On The Edge. • brand new story scenario, set after the Great Storm • an array of challenges to overcome on a new, desolate map • unique mechanics to utilize on the Frostland view The Rifts Experience a new level of challenge on a brand new Endless Mode map, where the land itself threatens your survival. Using a new gameplay mechanic, bridge the rifts to access new areas. Expand the city to save your people from the inevitable doom! • unique new Endless Mode map • new constructible building • new gameplay mechanics

Emulator developers see tons of potential in the Steam Deck

Ghum Hai Kisikey Pyaar Meiin Spoiler Alert: Sai will regain consciousness after lakhs of prayers, will refuse to even see Virat’s face in anger
40 mins ago