Happy Freedom Day one and all! Yes, the time has come for the UK to throw off its shackles, fling caution to the wind, dive headlong into the moshpit of civil society and rejoice in the restoration of liberty to its people. (Give or take a chorus of pings from the NHS Test-and-Trace app, of course…)

For England’s cricketers, however, Freedom Day came one day early. Honestly, has there ever been a more on-brand performance than the one rustled up by their batters at Headingley on Sunday? Bowled out for 200 in 19.5 overs, including a riotous denouement of seven wickets in as many overs – the promiscuity of their short-lived strokeplay making the humble mayfly seem a model of celibacy.

It was rollickingly good fun, and as gloriously effective as their hell-for-leather chase at Trent Bridge had been gloriously futile. Pakistan responded by climbing into the threshing machine with admirable purpose, but they were all thrashed out by the 13th over, thanks largely to England’s own trio of players with Pakistan heritage – Saqib Mahmood, Adil Rashid and Moeen Ali, whose Player-of-the -Match-winning haul of 36 runs at 225.00 and two wickets in three overs was CSK-esque in its effectiveness.

And so to the decider, a day-night affair at Old Trafford, where England can be expected once again to spread the opportunities across their squad, as they take the field for the final time before that preliminary squad needs to be submitted to the ICC ahead of the T20 World Cup this winter.

And even if they cannot get over the line in this contest, to claim their ninth series win in their last 11 T20I campaigns, the gains made by the white-ball squad, both in this leg and in the makeshift ODI campaign before it, have been immeasurable. Most of all, the sense of collective buy-in is absolute – that every player in the frame for selection recognises and embraces the free-spirited ethos that Eoin Morgan has espoused in the past six years. Full-throttle cricket might not win them every game, but it’ll lose them far fewer than the safety-first reticence of yore.

As for Pakistan, their response to those indignities in the ODIs has been admirable. At Headingley, they were unable to replicate the landslide of runs that carried them to a hugely cathartic victory at Trent Bridge, but in Babar Azam and Mohammad Rizwan, they have an opening pairing that can carry any fight, while Shaheen Shah Afridi’s pace and incision from his left-arm line provides an air of menace every time he gets thrown the ball. They are one of only two teams not to have lost a series to England’s T20I team in the last three years – their 1-1 draw in 2020 was followed by India’s 3-2 win in March – and there’s every reason to believe they’ve got a few haymakers left in them in this campaign.

Is it fair to point out that David Malan needs an urgent uptick in his form? Every time he gets written about in a white-ball context, it feels as though there’s an air of persecution in the analysis. But suffice to say, Malan’s methods are different to those of his England peers – not least Moeen, who is as likely to carve his first delivery straight to deep cover as he is to ping it clean over the ropes for six. That’s not Malan’s way. He builds his head of steam with relative early caution, then lets the ends justify the means as he stars back down the track with another half-century at a 150-plus strike-rate. Or at least, that’s how it’s meant to be. Instead in this series, he’s made consecutive scores of 1 (6) and 1 (5) … two runs in 11 all told, and 2 in 17 in his past four innings, after back-to-back ducks in the ODIs. Prior to that, of course, he made a match-sealing 68 not out to guide Ben’s Babes home in that extraordinary opening victory at Cardiff, so the runs are still in there somewhere. And so too, no doubt, is the bloody-mindedness. Malan has finished each of his last three T20I series with a half-century – against Sri Lanka, India, and South Africa, where he cracked a remarkable 99 not out from 47 balls. And such are the reasons another swift rebuttal cannot be discounted.
It’s been a quietly significant series for the under-fire Shadab Khan. Pakistan’s vice-captain came into the series with a burdensome recent record after a fallow tour of New Zealand, and with his allround credentials under some scrutiny. He’s answered those charges emphatically in the first two games, with three vital wickets in the Trent Bridge victory, swiftly followed by a bold bout of biffing in a lost cause at Headingley. In between whiles, he has been a livewire in the outfield, with a series of outstanding catches and intercepts to lift his team’s morale when the heavy artillery has been raining down. He has a chance to finish a morale-boosting campaign on a high.

Moeen and Liam Livingstone appear to be locked into England’s middle-order for the moment, with Eoin Morgan indicating that both men would get a full run of games to make their cases – emphatically so, as things have turned out. Morgan himself dipped out of game two to share the opportunities around and to give Buttler a turn at the wheel, so if he is to return, then Jason Roy or Jonny Bairstow might be the obvious absentees, given their integral statuses in that first-choice XI. Tom Banton, his development arrested for various reasons in this white-ball campaign, might struggle to get a look-in now. England already have a selection headache looming when Stokes returns to overload their batting options. There seems little point in inflicting a migraine on themselves. Though it’s not impossible that Lewis Gregory gets another outing to provide a modicum of balance in the short term.

After their struggles in the ODIs, Pakistan have found a formula that can keep them competitive in T20Is. Wholesale changes seem improbable.

Another sweltering day in prospect as summer’s late arrival continues to kick in, so it’s conceivable that the pitch may break up a touch as the match progresses. Scores in this season’s Vitality Blast haven’t been astronomical – only one game has seen scores higher than the 172 that Lancashire and Notts both made in their tie in June, so the range-hitting may be dialed down a notch compared to the first two games.

“He claims he’s hit two bigger – that was his chat last night. He has hit me for a couple of similar ones in training but it’s the biggest I’ve seen in a game. Some of the lads didn’t actually believe it had gone out the ground.”
Matt Parkinson Reveals Liam Livingstone’s verdict on his monster straight six against Haris Rauf at Headingley 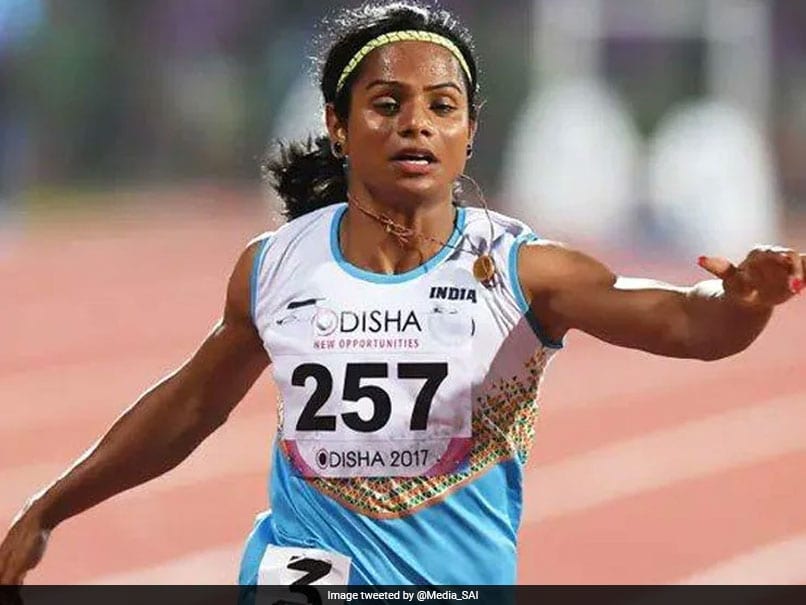 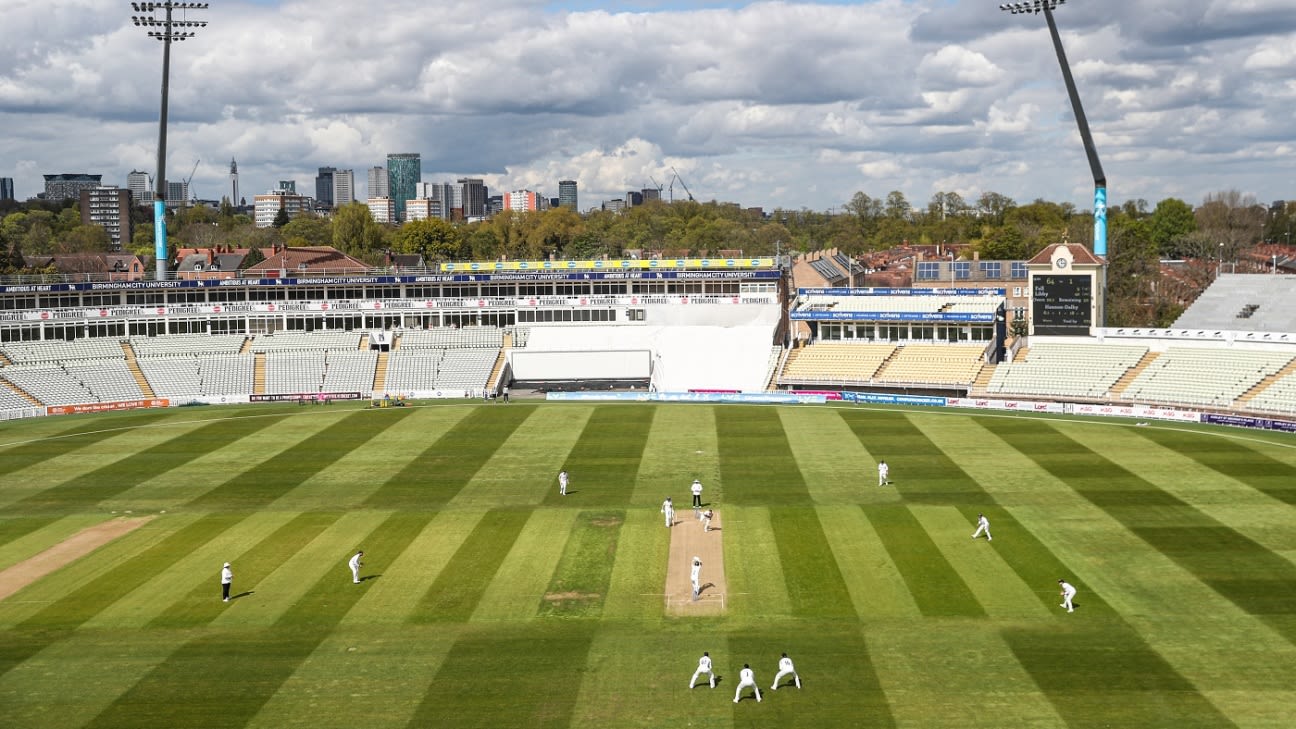 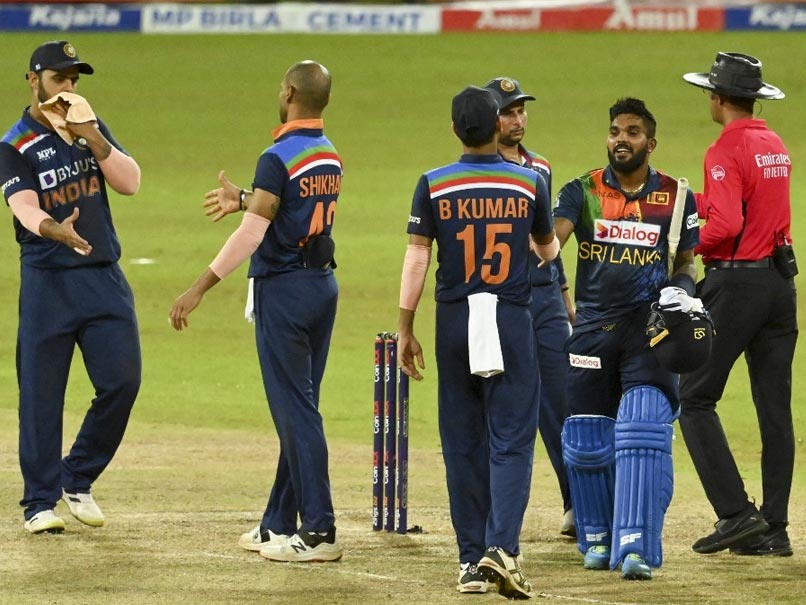 Snapchat down as frantic users scramble to reboot app & 100,000+ outages reported
59 mins ago